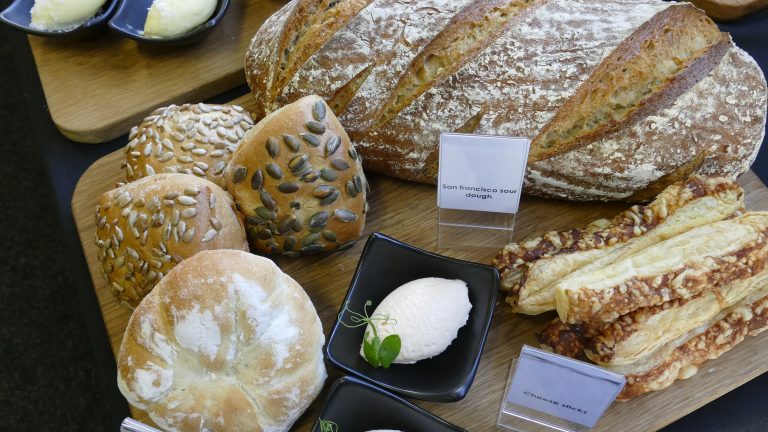 Superb prizes for the winners including hugely desirable KitchenAid Artisan Mixers, Gadget & Utensils, Ceramics, Bakeware and more, much more as each of the participants will take home treasures from KitchenAid Africa, a company that has reached its centenary with aplomb, enviable products that have stood the test of time worldwide on every cook’s wish list!

I developed a love for the culinary field after observing what the chefs did and I would often ask if I could assist them in the kitchen, even if it was mixing dough. Working with chefs and being exposed to the work that they do is what stimulated my passion for the culinary arts.

I then approached the store manager and told him that I would like to quit my job as a security guard and start working in the kitchen. I wanted to start from the bottom and work my way up because I was passionate about working in the kitchen. My greatest desire was to see myself in a chef’s uniform. The store manager asked me if I had any hospitality qualifications and I said-no! He then asked if I was willing to go to college so I could obtain a qualification and I agreed because I enjoyed being in the kitchen, and I particularly loved baking.

I enrolled at Kagiso Supervision Hospitality Training College, where I obtained my certificate in Bakery. After obtaining my qualification, I started working as a Baker at the same food retail store for over 30 months.  I then joined the Durban ICC in 1998 and have been working at the Centre for over 20 years.

Working at the Durban ICC has taught me a great deal about paying attention to detail. Cooking is a science, so a chef needs to be precise. Every ingredient and measurement must be exact. I have gained a lot of experience and have been privileged enough to bake for high-profile events over the years, which were attended by heads of states, royalty as well as local and international celebrities.

Working in the food industry requires creativity and I believe that learning is a lifelong process. I am always open to incorporating innovative ideas in the kitchen and improving older recipes.

I am passionate about my job and aspire to be one of the top bakery chef’s in Durban and surroundings.”

What could be sweeter for a young pastry aficionado than a spot in the Distell Inter Hotel Challenge 2020? That dream came true for commis chef Nokwazi Gigaba, who is baking up a storm at Southern Sun Elangeni & Maharani hotel.

“I am delighted to compete in the Challenge this year and excited to showcase my talent and learn new skills,” said 43-year-old Gigaba who has been spotted for rolling out fresh and delicious bread and pastries at the hotel’s pastry kitchen.

Her passion started from a young age when she took to the kitchen baking treats such as scones and queen cakes for her community and church. She then went on to study Hospitality at the Coastal KZN TVET College. In addition, Gigaba furthered her studies at the South African Chefs Association (SACA) and completed training at the Inkosi Albert Luthuli Hospital.

Being highly motivated and determined to follow her passion and love for pastry, Gigaba continued studying and achieved a diploma in pastry through the South African Chefs Association (SACA). She was then placed at the Southern Sun Elangeni & Maharani Hotel to complete her training.

“I thoroughly enjoyed working in this busy kitchen where everything was done to perfection. I realised then that I have so much more to learn and discover with this amazing team who was so eager to teach,” said Gigaba.

Her passion and love for baking shine through in the beautiful presentation and taste of the bread she creates.

“The pastry team taught me to bake from scratch and how to mix the ingredients. This gave me the confidence to make my own creations and I have never stopped since,” she said.

She displays strong focus and self-motivation and is always willing to learn and grow.

“I stay inspired by exploring ways to improve because I absolutely love what I do, and I do it with passion. Baking is what I love most, and I strive to perfect my skills and enjoy learning new techniques. I want to continue doing what I love and improve my craft.” concludes Nokwazi.

Ntsiki, Graduated from 1000 Hills Chef School in 2014 under the watchful eye of Chef Dixie. This is where her love of pastry began. After graduation Ntsiki started working for Fedics, she was based at Unilever. From there she moved on to The Oyster Box Hotel, where she was under Chef Joanita Venter’s wing where her love for pastry grew even stronger. Now Ntsiki has cemented her place at the Beverly Hills Hotel, under her Mentor Chef Joanita, and is doing amazing things.

“As much as I love pastry, I also have a firm love for seafood,” says Ntsiki Her amazing Beverly Hills Signature Ntsiki Prawns Flambé is a testament to this!  Ntsiki enjoys customer interaction, and making the guests at the Hotel feel wowed. Ntsiki’s loves baking Ciabatta, she feels it’s just so therapeutic. My role models are Chef Joanita Venter (Beverly Hills Executive Pastry Chef) & Chef Dixie (1000 Hills Chef School)

Ntsiki’s Kitchen Motto Attitude is Everything!

Palesa Klaasen, born in 1993 in Queens Town; Eastern Cape, formed a passion for cooking at the tender age of 19 years old just after she started studying law at UWC, she enrolled for a professional cookery course at CPUT straight away.

After her studies she started her career at the Pepper Club Hotel & Spa, followed by The Silo Hotel, and thankfully now practices her skills and talent at The President Hotel in Bantry Bay.

Palesa is taking part in the Distell Inter Hotel Challenge 2020 as the Pastry Chef and Baker where she hopes to get one step closer to perfecting her dishes. Her efforts towards detail are inspirational and definitely a talent to keep an eye on for the future.

In her spare time, Palesa enjoys upping her knowledge through programs such as Food Network and reading cookbooks.  Palesa is a proud mother of one and tries to spend as much free time with her as possible.

Senior Chef de Partie at the five-star Lanzerac Hotel & Spa, Werner Steyn got his start in the culinary industry as a waiter and barman at Fairways Restaurant in Welgemoed, Cape Town but soon discovered that he preferred being behind the stove rather than front of house.

After three and a half years with the golf estate eatery, he joined the Tomahawk Spur in Goodwood, Cape Town as a Junior Manager where he spent six months, before taking up the dual role of Front of House and Back of House Manager at Bronco Creek Spur in Richards Bay.  Eleven months later, with his passion for the goings on in the kitchen ignited, Werner returned to Cape Town to serve as Kitchen Manager at Bella Bellotta in Durbanville.

The call of cooking proved too much for Werner to resist, so after a year he began his chef’s training at The Swiss Institute of Hospitality Training. He fulfilled the practical component of his training at Overture, a fine dining restaurant in Stellenbosch. Here, as a Trainee Chef, he managed the restaurant’s hot and cold sections and prepped for functions catering for between 20 and 120 people.

In March 2013, he made the move to Lanzerac, starting out as a trainee chef before being promoted to Demi Chef and Chef de Partie a few years later. During this time he oversaw the restaurant’s cold, hot, and pastry sections, ensured the success of functions held off-site and worked in the deli where he baked different bread and made preserves.

Wanting to expand his experience, Werner joined Bertus Basson @ Spice Route in 2017 as Senior Chef de Partie where he was responsible for prepping and running several sections, as well as managing production for three other restaurants.

After seven months at the establishment, he applied to work at the Westin Hotel in Doha, Qatar but unfortunately was unable to obtain a visa. Despite this small setback, Werner went on to become a Chef Consultant at Oakdale Club in Bellville where he was involved in updating and creating new recipes, designing new menus, reorganizing the kitchen, and training staff, amongst other duties.

At the end of May 2018, Werner returned to Lanzerac where he is responsible for prepping various sections, running the kitchen during service, supervising the kitchen and prepping for three of the Estate’s restaurants – the Manor Kitchen, Taphuis and Craven Lounge.

I am Matthew Paulsen, a 28-year-old, born and bred in Cape Town and have always wanted to be a chef from a very young age. I started my culinary journey at the age of 19 and got the privilege of doing my four-year apprenticeship at Belmond Mount Nelson hotel from 2011 – 2016. I continued working as a demi chef de partie and shortly got promoted to chef de partie.

In 2014 I took part in the Showcook competition and got best dessert. This motivated me to participate in other competitions, two Unilever competitions, and the Chaine des Rotisseurs competition. This year I am excited to take part in the Bio-Wheat challenge in what is my biggest passion, BREAD!  And if I am not cooking I enjoy playing “call of duty”. I see myself running the bakery at Belmond Mount Nelson Hotel as it is a strong passion of mine.

It is admirable that the Beverly Hills has celebra 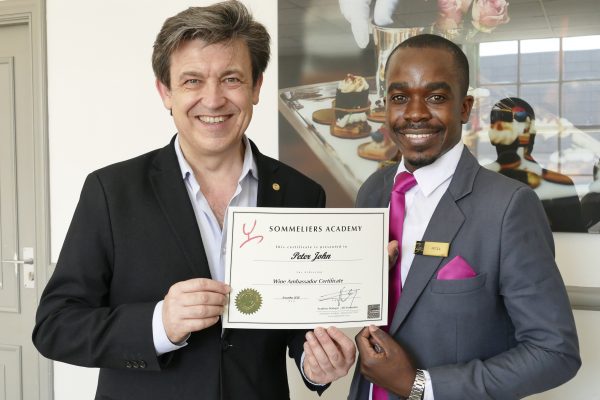