MEET THE MAKERS OF AWARD-WINNING NEDERBURG 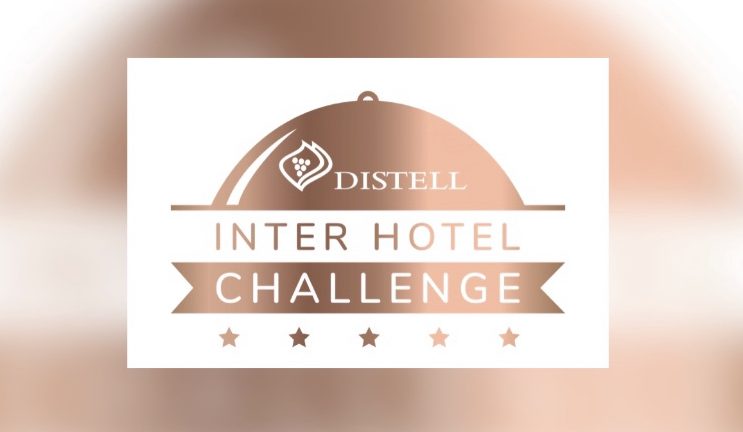 The recovery of the hospitality industry, which is still reeling from the effects of Covid-19, will largely depend on how well the sector realigns itself to the “new normal” and addresses shifts in consumer behaviour and spending patterns.

And according to Distell HR and Corporate Affairs Director, André Opperman, skills development focused on delivering a better tourist experience and managing costs effectively, will also be key to this realignment.

“How else do we respond to the drop in tourism and the resultant implications? Before things get better – as they no doubt will – the focus must be on raising service standards while containing costs if players are to have a chance at surviving the current tough times.

“For this to happen, employers and their employees need to learn more, know more, and grow their flexibility and resilience. By acquiring and building skills, they can be more creative in their offerings at the same time as they increase their agility to take on additional responsibilities without compromising service levels,” he said.

Opperman who was speaking against the backdrop of the 2021 Distell Inter-Hotel Challenge which is currently underway, said Distell had supported the challenge as headline sponsor for the last nine years because “we understand that education and skills transfer are the bedrock for quality service and growth”.

“This year’s event has attracted an “impressive number” of entries from South Africa’s leading hotels, with 160 candidates competing across various categories. That hotels have responded so enthusiastically this year, notwithstanding the challenging climate, is very encouraging.”

The practical aspects of the challenge promote skills in wining and dining service, as well as in cuisine, including baking. It also includes a category for concierges and baristas.

An important component of the challenge, is the transfer of skills by overall category winners to their colleagues.  Until now, winners have been very conscientious in knowledge sharing with their peers – an act which is core to the spirit of the competition.

Annette Kesler of Showcook, the organisers of the challenge, added: “The urgency in growing relevant hospitality skills has been significantly escalated by Covid-19.  When custom is limited, competition obviously intensifies. Management and staff must equip themselves to up their game and that includes better understanding of changing visitor needs.

“That is why, in preparing contestants this year, we have put additional focus on the importance of using indigenous ingredients, localism, rising health awareness and changing nutritional needs, as well as the changing patterns in drinks consumption. Trends show that patrons no longer exclusively consume a single drinks category. They switch from ready-to-drinks to cocktails, wine or spirits, depending on mood or context. Skills therefore need to match these shifts.”

Kesler added all entrants were required to attend in-depth presentations by experts in their fields before taking part in the challenge. These presentations were held in September in Cape Town, and in October in Gauteng and KwaZulu-Natal. Those making it into the finals would have to attend further advanced presentations in preparation for the final round of the challenge, called the cook-offs, scheduled for November.

“So, for example, all competitors participating in the drinks service category, are required to attend courses run by the Sommeliers Academy and the Cape Wine Academy. Finalists will be required to present at the cook-offs, to be eligible for the top spots.”

She confirmed the prize for the top-performing wine steward would include working alongside the award-winning sommelier team at London’s famous 67 Pall Mall Club, and educational visits to top-ranked whisky distilleries Bunnahabhain and Deanston in Scotland, as well as to Bordeaux’s La Cité du Vin (City of Wine) museum in France. The winner would also receive bursaries for more intensive Sommeliers Academy and Cape Wine Academy study.

The chef of the year would spend a three-week off-shore internship with Minor Hotels with flights sponsored, where possible, by Distell. The overseas destination would be announced at the gala awards dinner in December.

The pastry chef of the year would spend three weeks interning in France at the Château La Creuzette in Boussac with flights provided by Lancewood.

The prizes (not mentioned above)

The Distell Inter-Hotel Challenge Baker of the Year 2021 will receive a KitchenAid Artisan Mixer while the hotel collects a KitchenAid commercial mixer.

The top three baristas are rewarded with prizes by Avanti Coffee, KitchenAid Africa and AL&CD Ashley.

The International Hotel School’s R30 000 online bursary, designed to give candidates the tools to further their business aspirations, will be awarded for academic excellence i.e., the top achiever for the Cape Wine Academy and Sommeliers Academy examinations.

‘The Wonga Award’ presented to the most up-and-coming wine steward will receive a R30 000 bursary from the South African National Youth Development Agency to pursue an online business course with the International Hotel School.

The Mentor of the Year wins a weekend at Lanzerac Hotel & Spa with flights, permitting by British Airways operated by Comair.

“My aim is to run my own bakery in my hometown,

“I am a creative and team playing chef,” says