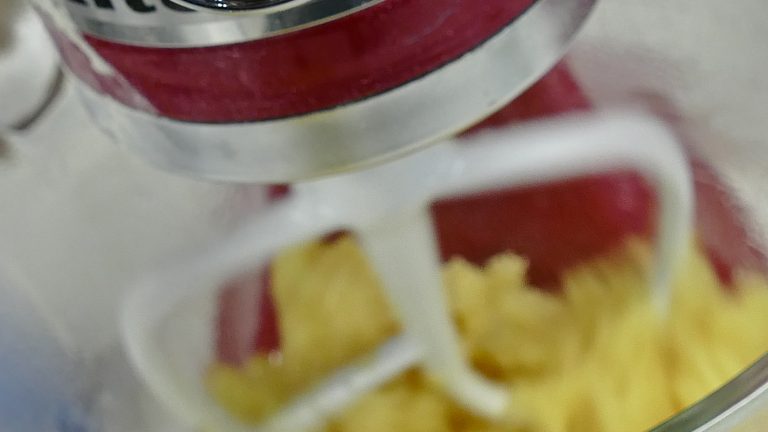 We are so proud of our Pastry Chefs who have joined us this year in spite of daunting odds. They will be producing, we are sure, exquisite entries for some equally fabulous prizes!

This year, we held two of the four planned ‘Distell Inter Hotel Challenge 2020 Press Launches’ in March, one at The Palazzo Hotel in Gauteng and the other at the Durban ICC where the prizes were unveiled.

What a thrilling experience it was to have Canon as part of the Challenge for the first time in 2019 and they have remained on board. This year the winning hotel’s Pastry Chef will be awarded the magnificent CANON EOS M6 MkII at an Awards Ceremony in February 2021 and will take the CANON Camera with them to France to chart their journey over a three week period at Château de la Creuzette in Boussac, France with flights courtesy of Lancewood!

“Being part of the prestigious 2019 Distell Inter Hotel Challenge for the first time last year has been quite a journey for Canon. We’ve been amazed by the extraordinary culinary talent in our country and privileged to sponsor the participating hotels with a camera to capture the food art. Canon aims to inspire the creative side in every person and encourages photographers to capture, store, print and share their life experiences through the universal language of imagery. These talented chefs are creative in their own right and as an imaging company, we hope that the #canonchallenge2020 this year also inspires the teams to enjoy photographing their food as much as creating it!

This year we continue with the offer of a magnificent prize; the CANON EOS M6 MkII to be awarded to the winning ‘Distell Inter Hotel Challenge Pastry Chef of the Year’ to capture lasting food memories of their win at La Creuzette for many years to come!”

“I am excited to join the team and add my creative flair to the kitchen. I am also looking forward to learning more and taking on new challenges,” said Gyanda who hails from Reservoir Hills, Durban. While Gyanda has always loved to bake and admired anything cake-related, it wasn’t until she was old enough to understand the intricacies of measurements and using utensils and equipment independently, that she immersed herself into the world of baking and cake-decorating in full swing.

“I would always find myself in the kitchen and I absolutely loved the smell of oven-baked cakes and pies. I drew a lot of inspiration from my family and loved spending time cooking meals together,” she said. When Gyanda completed matric, she spent a year at law school at the University of KwaZulu-Natal. It was not long after that she followed her true passion by joining the International Hotel School in Westville.

“It was a lot of hard work and it was a bit stressful, but I was overjoyed when it was accomplished and I was now equipped with the knowledge to take my skill to the next level,” she said. Gyanda gained professional experiential training at Southern Sun Elangeni & Maharani kitchens and says she is most grateful for the wonderful mentorship.

“I could not have asked for a better training environment. It was a dynamic busy kitchen, but it was easy to fit in and make magic happen. I loved the energy which always kept me on my toes and eager to improve my skills.” After experiential training, Gyanda relocated to Cape Town where she worked at a restaurant in Constantia before joining the Red Carnation Group at The Twelve Apostles Hotel and Spa where she worked for a year before returning to her hometown.

“Durban has my heart and I am so excited to move into my new role at Grill Jichana. I am a nonconformist and try to adopt my own style in the kitchen. I am inspired by originality and using fresh produce in my dishes,” she says.

During her student years, Anna-Marie Baker worked at Knus Karoo Kombuis, before studying at the Swiss Institute of Hospitality. She then joined the Lanzerac Hotel & Spa team to pursue her passion for the culinary arts. Anna-Marie is creative and has a big imagination when it comes to food, she loves to push her boundaries by trying new and exciting ideas. She is loved in the kitchen and her colleagues would describe her as a focused, yet kind and helpful individual.

Her dream is to open her own restaurant one day, combining food and art, but for now, her goal is to better her skills in the kitchen.

When she is not in the kitchen, her happy place is in her garden at home or hiking. She feels the most content when practicing meditation and being outdoors.

“I’m a Chef de Partie at The Cellars-Hohenort Greenhouse Restaurant, responsible for managing the pastry section of the restaurant and for assisting with teaching the students,” says Kristin Reagon.

How long have you been working in the hospitality industry overall?
I started working in 2017 after completing my studies at the Sense of Taste Chef School. I’m a team player, hard-working, strong-willed, motivated and creative.

What do you love most about your current job?
Teaching students and making strong friendships with the people I work alongside.

What is your greatest achievement at work?
Being part of the award-winning team at Greenhouse that ranked no 15-best restaurant in South Africa with the Eat Out awards 2019.

Which position do you have your eye on next?
Head Pastry Chef

Where would you like to be in your career five years from now?
I would like to be developing my own restaurant, saving up for it while striving to be a good mentor, teacher and chef that can be able to make the work environment a happy place.

If you could visit anywhere in the world you’ve never been, where would you go?
Philippines

What would you do if you won the lottery?
Open my restaurant in Cape Town, and travel to all the best restaurants in the world to and perhaps also do a stage. Go to traditional villages and taste from all over.

What do you do in your spare time?
Grow plants, develop recipes, wine tasting and eat out:)

“The pastry department was where I wanted to get lost in the world of cakes, confectionery, and patisserie. I am an eager learner and crave absorbing as much knowledge as possible.

I entered the competition to expand my horizons, test myself against the best and further my own capabilities, not only do I want to seize the moment but I’m going to embrace all the lessons that come with it.”

Palesa Klaasen, born in 1993 in Queenstown; Eastern Cape, formed a passion for cooking at the tender age of 19 years old just after she started studying law at UWC, she enrolled for a professional cookery course at CPUT straight away.  After her studies she started her career at the Pepper Club Hotel & Spa, followed by The Silo Hotel, and thankfully now practices her skills and talent at The President Hotel in Bantry Bay.

Palesa is taking part in the Distell Inter Hotel Challenge 2020 as the Pastry Chef and Baker where she hopes to get one step closer to perfecting her dishes.

Executive Chef Jacques Swart says, “Her attention to detail is excellent. Palesa is definitely a talented patissier and one that should be kept an eye on for the future.”

In her spare time, Palesa enjoys upping her knowledge through programs such as Food Network and reading cookbooks.

Palesa is a proud mother of one and tries to spend as much free time with her as possible.

“I started cooking at a young age to impress my friends and family. I helped with the family arts and crafts stall, this lead to a love for cooking and serving good, wholesome food,” says Rowan Pollecutt.

“I started my career as a chef in high school, taking a keen interest in consumer studies as a subject and art including sculpture and architecture, leading to my decision to enrol at International Hotel School. In 2018, I studied for a year, completing the Culinary Arts programme they offer, spending 16 weeks training at Harvey’s at Winchester Mansions in Sea Point.

After completing my studies, I started my first job in a kitchen at the Athletics Club and Social in the CBD district, wherein I started on the Pastry section as a demi CDP, further moving to a more general CDP position within the kitchen with more responsibilities and roles. When a colleague mentioned there was an opening at the Belmond Mount Nelson, I immediately applied for the position and was delighted to be able to join their brigade under Executive Chef Rudi Liebenberg.”

“I’ve been in the culinary industry for the past 15 years,” says Sindi Mbili. “I started college in 2003 at DUT for Catering Management, and I graduated with a diploma in 2006. My first job was at the Durban ICC in 2004 as a commis chef in the pastry kitchen. In 2008 I was placed in a graduate program for a year to be in all the kitchens. I then was promoted to a Chef de Partie in 2009 for pastry. I am currently part of the ISO team at the Durban ICC. I have knowledge of 9001 Quality Management System, 14001 Environmental Health, 22000 Food Safety Management System and 180001 Health & Safety.

I had cross-training in 2015 at the Oyster Box hotel. I have worked in all their kitchens. I have certificates in internal Auditing of Food Safety. I’m also a Health and Safety Representative. As of 2019, I am the Pastry Sous Chef at the Durban ICC.

I’m a proud mother of two boys, and in my spare time, I attend church.”

Meet Chef Sohail Seegobin, one of Beverly Hills’ upcoming Pastry Chefs. Sohail is 21 years old and started baking from a tender age with his Gran. He studied at the South African Hospitality Institute, Chef’s Training Academy and Cake Engineering School. Sohail has worked at the Bread Mill (previously known as Bread Ahead very popular amongst the Durban community) and Renegade Kitchen and now at the Beverly Hills Hotel.

Sohail shows finesse in the artisanal craft of pastry and thrives on baking exquisite cakes.

“My all-time favorite dish to make when I am hosting or just need a pick me up is to turn to the good old butter Madeira, something so simple yet so versatile which can be dressed up or down,” says Sohail.

Sohail’s Kitchen Motto: If you have a constant unwavering desire to be a better chef than you were yesterday the days before you will be great.

It is admirable that the Beverly Hills has celebra 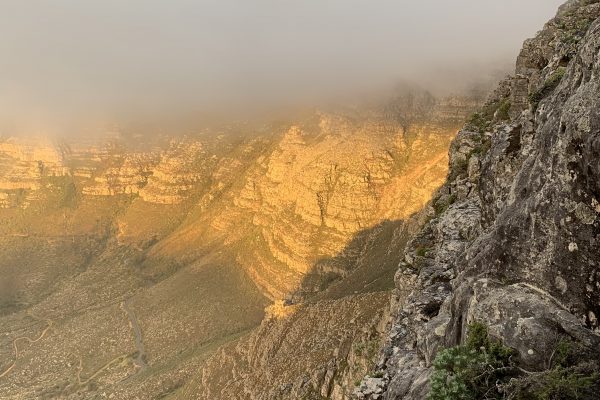 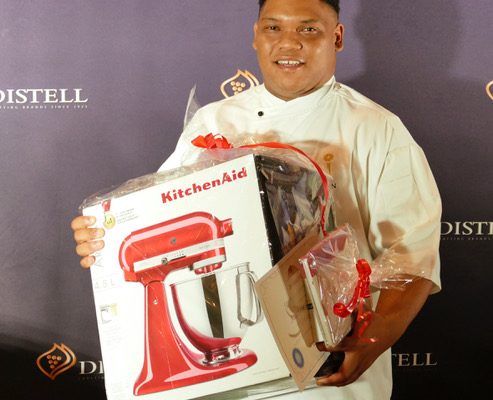